It’s not often you get the chance to work with genuine rocket scientists. Having been working with them through their rebranding, they needed a stand at Space-Comm Expo which effectively communicated the new brand and generated leads for the business.

One of the first trade shows I’ve worked on for about 18 months, it was important that Gravitilab’s new brand stood out and encouraged people to visit the stand. Using high level branding, and using one of the actual rockets on the stand, it immediately became a focal point of the whole trade show, attracting both existing customers of the previous brand as well as countless potential new customers.

A number of potential high calibre leads were generated, and the stand was featured as one of the best four at the tradeshow.
(I even persuaded the directors to wear orange trainers to keep it all on brand!) 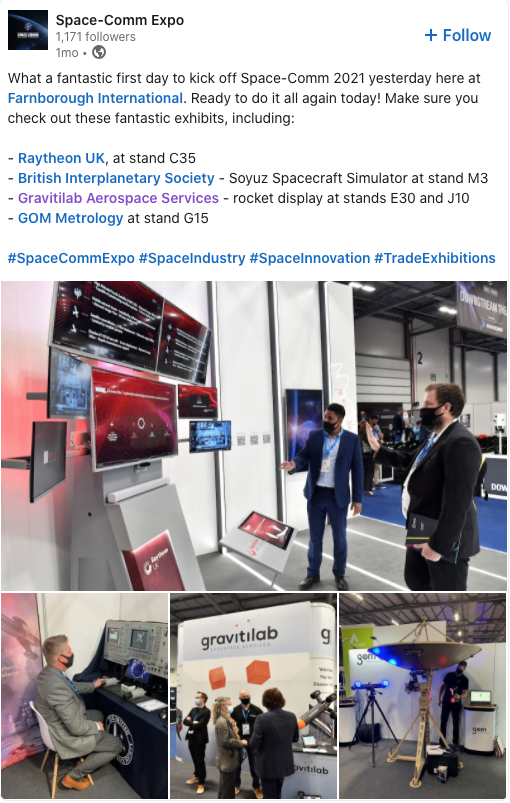