Established in 2011, Mission is one of the world’s leading DIT and digital dailies services companies with an exceptional list of feature film and high-end drama credits. To celebrate its 10th Anniversary, I produced an 8-page editorial supplement for Televisual Magazine, which would also serve as a stand-alone item.

With such a vast and varied range of work to Mission’s name, it was important to get this across on the cover of the supplement. Using a collage of stills from movies and high-end TV produced by Mission, the “10” was formed by using similar coloured images, framed by the Mission rectangle. Throughout the inside, movie/TV stills were used from each of the 10 years of Mission, whilst the rectangle was used to differentiate the sponsors’ messages.

The 8-page supplement stood out within the issue of Televisual and the supplement was reprinted by Mission to use as a standalone item. 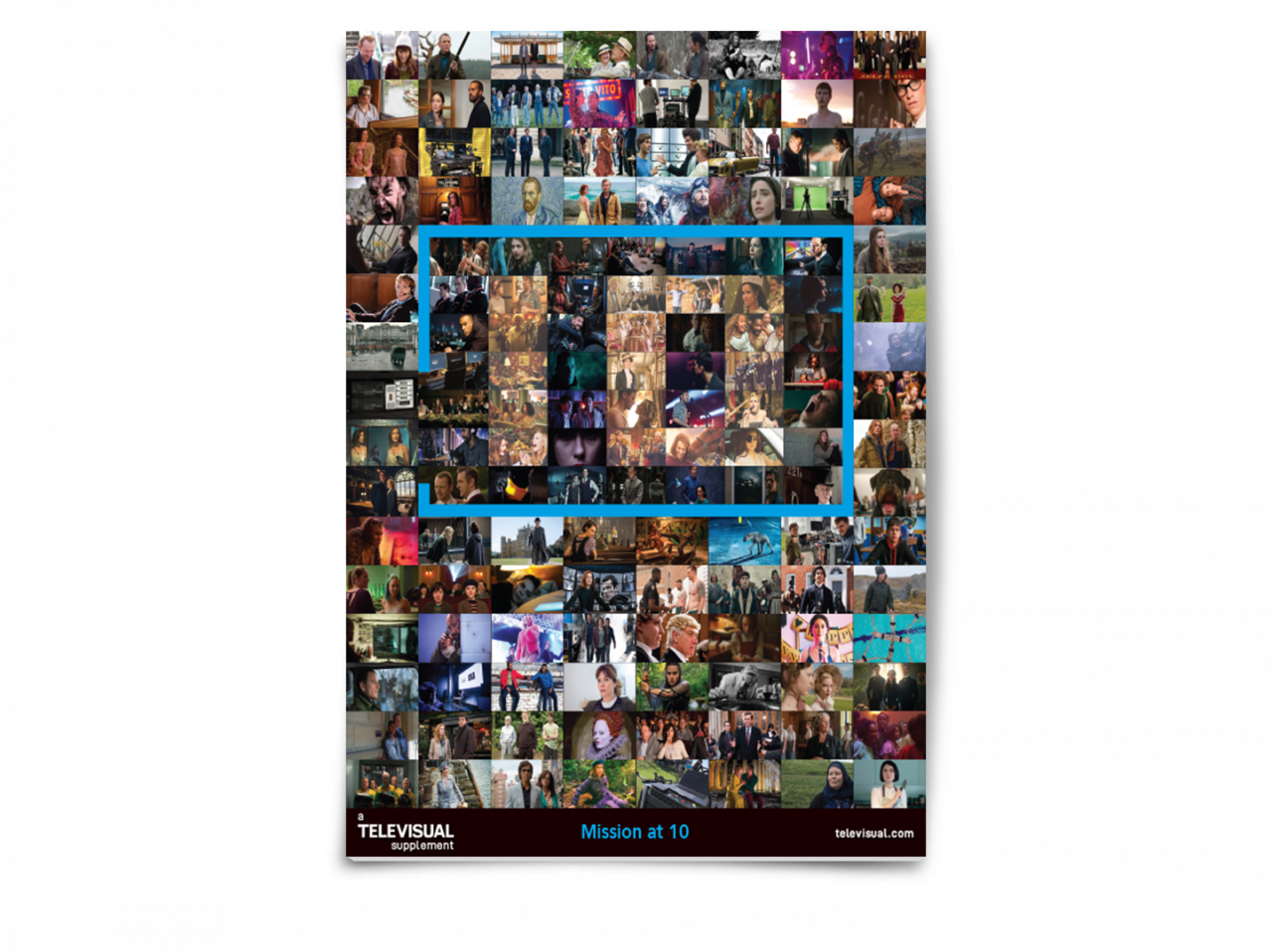 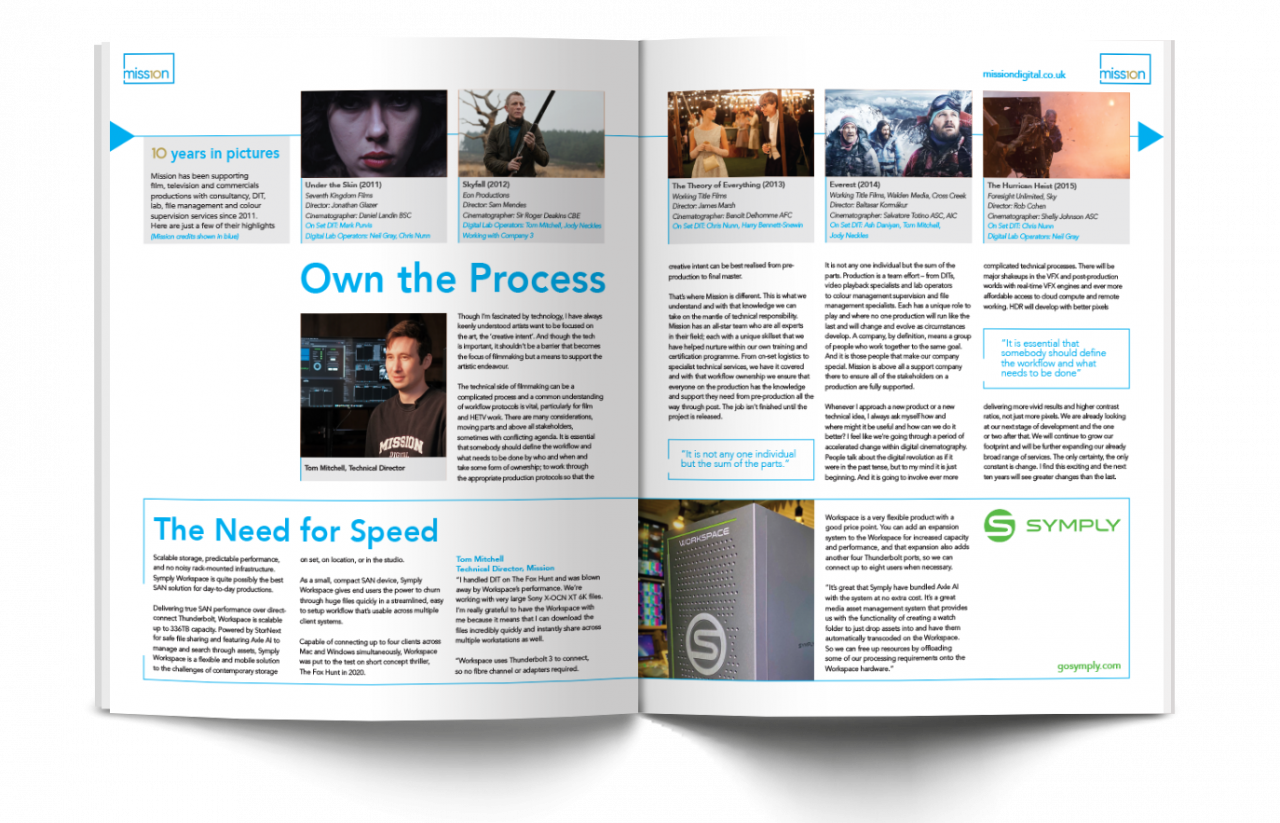 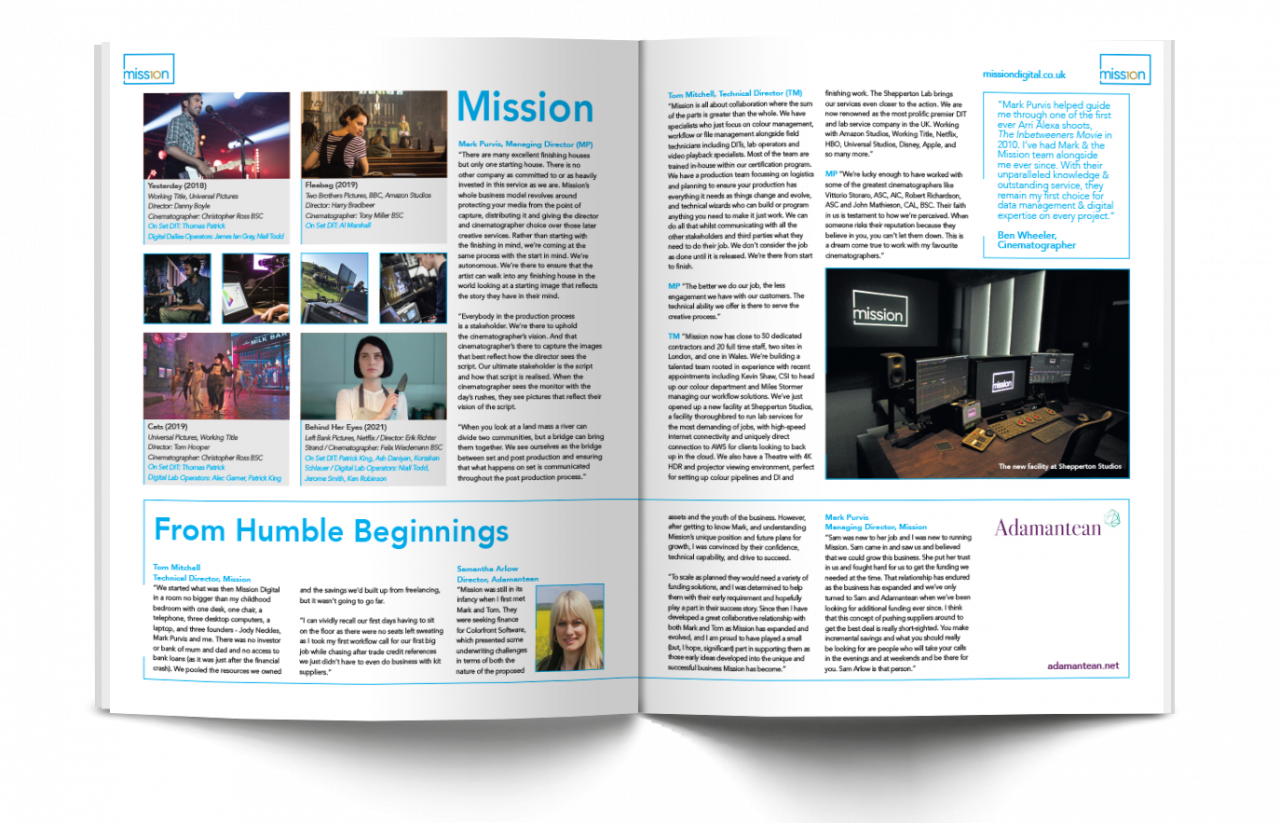 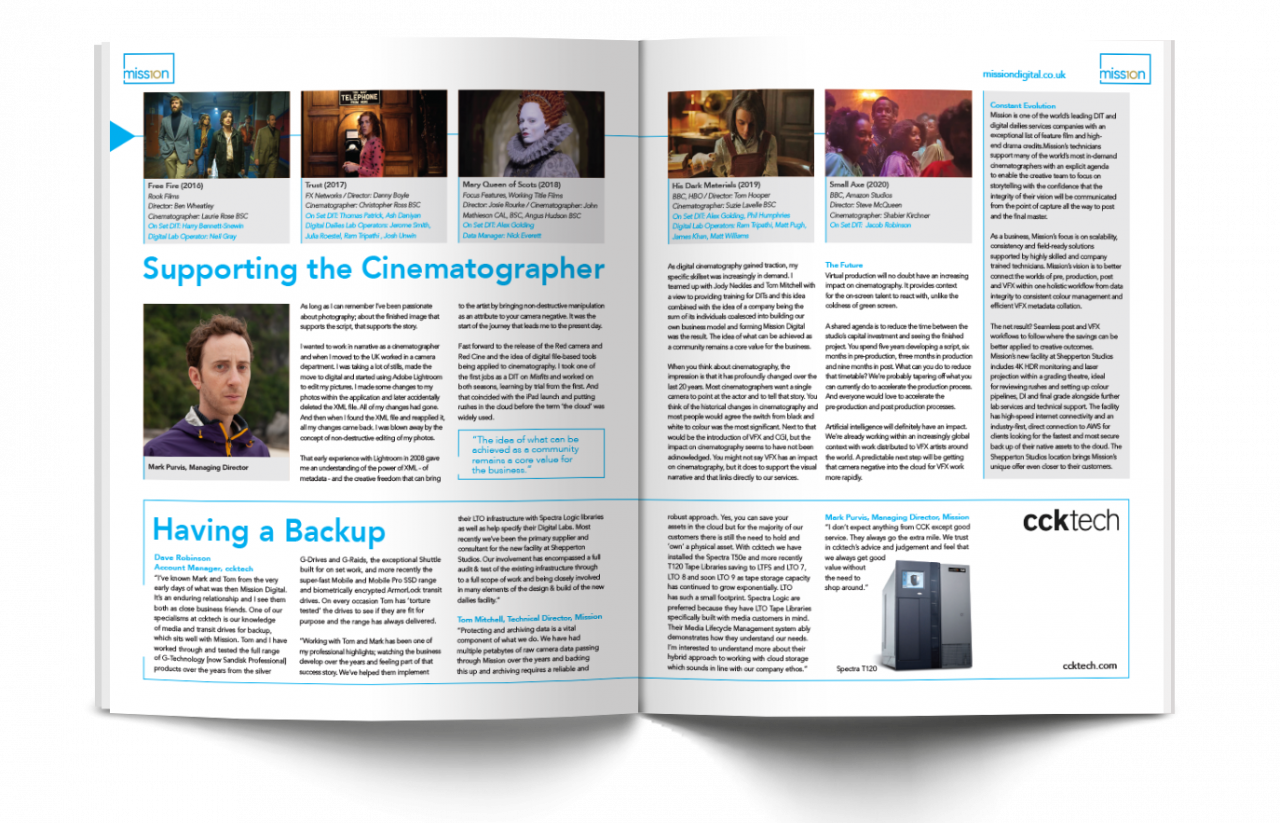